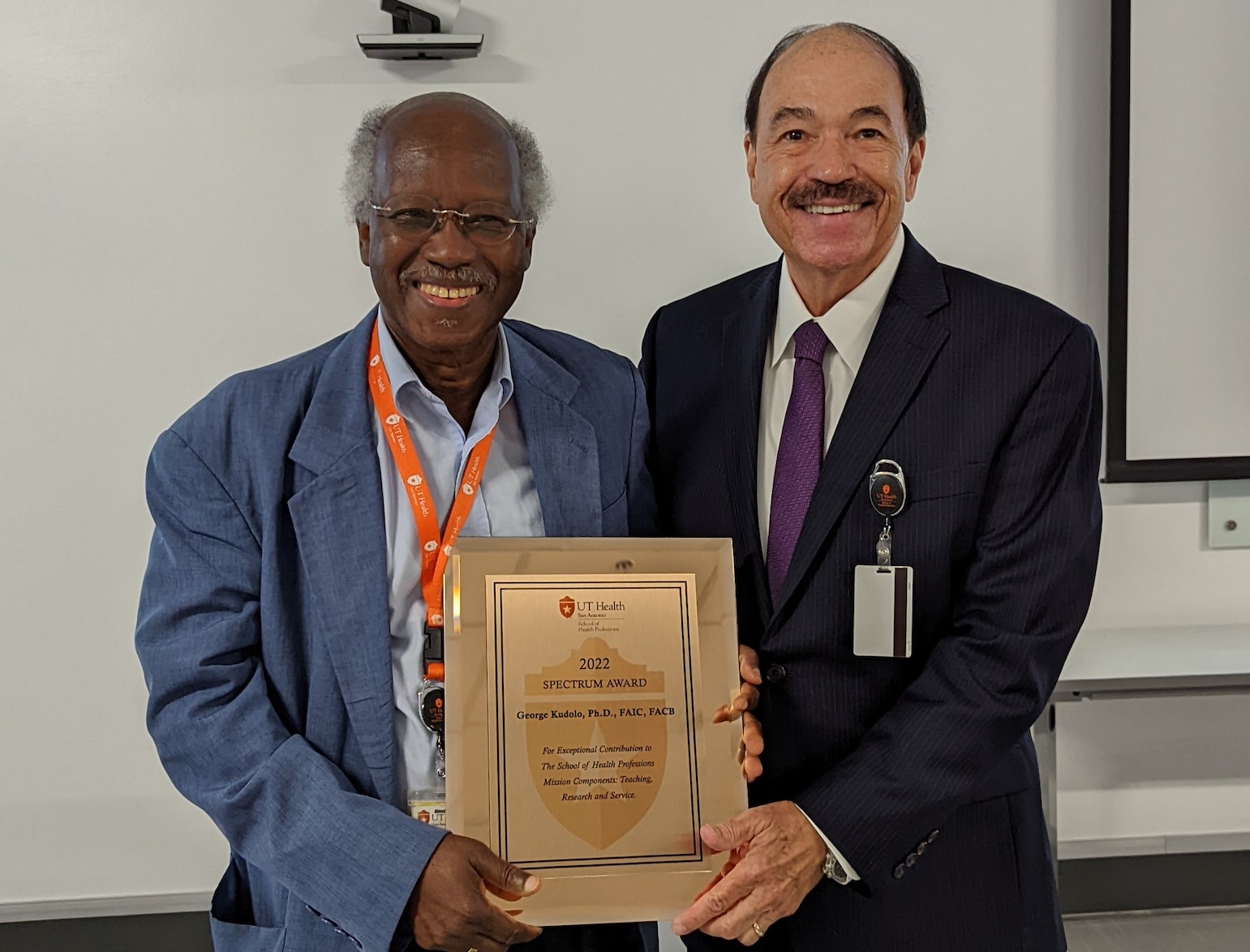 The Spectrum Award recognizes faculty for all-around excellence and exceptional contributions in teaching, research and service.

“I am proud of the award because it takes into account all the missions of UT Health,” Dr. Kudolo said. “I’ve always tried to do my best in everything I do. There’s a saying if a thing is worth doing, it’s worth doing well. It was a surprise, and I am very thankful for the recognition.”

Dr. Kudolo, whose research areas include diabetes, reproduction, and complementary and alternative medicine (with special interest in Gingko biloba extract), has worked at UT Health San Antonio since 1988. He has received numerous awards over the years, including the UT Health San Antonio Presidential Award for Excellence in Teaching in 2000, the UT System Distinguished Teaching Award in 2010, and in 2013 he received the esteemed Regents’ Outstanding Teaching Award, the highest teaching honor in The University of Texas System.

In 2005, the School of Health Professions named its annual George Kudolo Award for Research Excellence in his honor.